A third of all burglaries in the United States happen through an unlocked window or door. Where are the window locks?

As a homeowner, there’s a lot you can do to stop petty burglary while keeping a sense of security and trust in your neighborhood.

Securing your windows is the best way to deter the opportunist burglars. These burglars, capitalize on the forgetfulness of homeowners. For example, someone walking by who sees an open window, garage, car, or home act impulsively and only steal what is quick and accessible.

Your First Line of Defense: Windows

When it comes to the first line of defense, a common theme is “Well, if a burglar really wants to get in, they’ll just break my windows, right?” Wrong. It’s not in the common burglar’s best interest to make any noise. A smart and speedy burglar just wants to get in and out making the least amount of noise. Breaking glass is loud and draws attention, therefore breaking two thick panes of glass completely to enter is almost unheard of. By the time the burglar gets through the window, the whole neighborhood would have woken up! 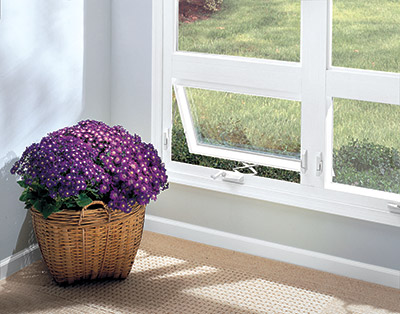 In that case, investing in high-quality window locks is your best first line of defense against potential burglary.

You might also be wondering if window locks are necessary on all your windows. In short, it’s always a good idea to have window locks on first story windows or windows large enough that a person could fit through. Even garage windows need window locks because intruders could release your garage door emergency release lever and enter your garage through the main door. Therefore, it’s vital to at least put locks on these critical windows.

The Buyer’s Guide to Window Locks

Window locks come in all different shapes and styles, however, one lock does not fit all windows.

Some locks are integrated into the handle, while others are externally placed. What’s important to know is how these locks function, so you, the homeowner knows when a lock is potentially loose or inoperable. The last thing you want is to think you lock works and find out too late that you had an easy-to-manipulate lock system.

Not all window locks carry the same strength. Some windows are held together strongly by a removable screw, while others are locked on the window track.

In this example, we’re going to look at 10 common window locks that you’ll see or purchase with your windows.

Simple handle locks typically are placed on the middle inside of a window and lock by a horizontal latch. When the handle lock is pulled vertically, it unlocks and serves as a window handle as well.

Primarily, You’ll see folding latches on awning and casement windows. These locks are on the frame of the window and fold down in order to fully lock the window. Casement windows often referred to as “crank windows” have the handle that twists clockwise or counterclockwise to open or close. Once the window is in the desired position, then the lever folds to lock.

Keyed locks are typically a secondary lock for your window, and are great for windows near an important room. Keyed lock windows are great for those who want to keep their windows locked for no only outside intruders, but inside as well. 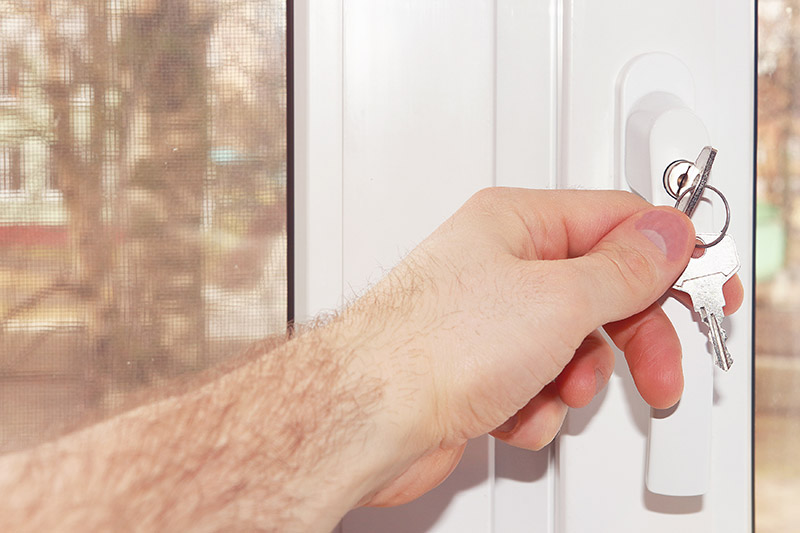 Just make sure you remember where you put the key!

Window latches are the most common type of window locks. These window latches lay usually above the first window pane and can be locked with a simple horizontal lever. If you’re looking for a simple gold standard, then a window latch is your best bet.

Get a Free Quote Now